Campaigns are sustained efforts toward a specific outcome. For instance, getting a company to divest its funds, stopping a coal power plant, or forcing the government to create a climate change impact study.

Campaigns are different than efforts that just focus on the problems of society. Campaigns identify a piece of what we want and work toward achieving it. Having such a goal strengthens educational events, outreach, and protests.

Actions without a campaign. They get nowhere.

Campaigns are different than one-time protests. One-time protests, like a large divestment day, can raise people’s awareness. But the power of a campaign is that after an action is over and people ask “how can we help make change?” we offer specific actions for them to take. Campaigns inspire people to take further action, in addition to helping them understand the depth of the problem—and this all adds up to real change. Campaigns build power over the course of the campaign.

Campaigns have a goal

Campaigns are a useful way to make change because they:

Campaigns are defined by their objectives: winning a particular housing reform, overthrowing a dictator, convincing the city council to undo a repressive ordinance, or getting sweatshop multinationals to allow unionization in their factories.

Goals require having someone or a group of someones who are “targets” –– the people who can make the change. This is different from a future vision like “stopping climate change”, in which no single individual or group of individuals can make the vision come true. Campaigns take a piece of those large visions and demand implementation. So a campaign goal under climate change might be forcing a business to invest in solar panels, halting a major coal plant, or getting an entity to divest from fossil fuels.

Campaigns use many different tactics

Blockades, sit-ins, strikes, marches, and street speak-outs are among the many tactics that might show up in campaigns. In campaigns, the tactics are designed to keep the pressure on a single target (the person who can make that change). Throughout the campaign the pressure on the target builds until they give in.

Otpor, the student movement organisation in Yugoslavia, understood this when they built their successful campaign to oust the brutal dictator Slobodan Milosevic. They picked tactics that kept escalating the pressure on Milosevic. They started with creative forms of popular education and guerilla theatre, then moved to illegal public protests combined with other tactics.

As the public pressure increased, Otpor eventually shut down the capital city, stormed the parliament building, and forced Milosevic into exile.

Different tactics are used to do education, outreach to allies, build power, and exert power in mass noncooperation with the system. Unlike random actions, however, these tactics are sequenced to build-up and escalate over time to force the target to make that change.

Campaigns are not made of one-time actions. In fact, change has never happened because of a single rally. Campaigns win because they are sustained and involve building pressure over time. While a one-time march might scare the politicians, they may not feel like they have to take action. They may just wait to see if interest in the issue dies down. Campaigns keep ongoing pressure on the target so they realise they must make change. Campaigns keep escalating tactics until they win.

Another distinguishing factor of campaigns is that they have an end-point — when the campaign wins. After they win, campaign groups can clap their hands, celebrate, and then have a party!

For an example of a campaign in action, see How Campaigns are Really Created.)

Why do campaigns work?

In order to carry out effective major campaigns, we cannot rely solely on national or international leaders or organizations. Leaders can be great, but the real power of social change lies in the grassroots.

As local organisations explore issues and try out new tactics, they are more likely to run across tactics that are tried in other places, or used for other issues.

The US national sit-in movement for racial desegregation, for example, began with four students in Greensboro, NC who decided to take on a local drugstore soda fountain. They popularized the tactic we now know as the sit-in.

This is common—the innovation happening at local levels builds up national and international expertise about what works, motivates people, and what builds strong movements.

Protests are often on the defensive: responding to another forest being destroyed, worrying about the most recent proposal for expanded fracking, attacking the latest action by our political leaders, or doing mass actions when and where power holders meet. Campaigns are about achieving goals and therefore keep us on the offense. We set the goal then we push for that goal—that means we don’t have to keep chasing after each government meeting, protesting when and where our targets decide to go.

The question is: what campaigns are we ready for? Already movements around the world use campaigns – Otpor in Serbia, Nagas in India, farmers in Thailand, pro-democracy activists in Kenya and many others. As we act in solidarity with them, what campaign goals will help our movements? How can your group/organisation/collective use campaigns? What campaigns can we imagine and build –– locally, nationally, internationally? 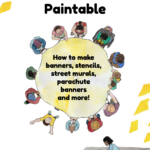